Imagine that it is already deep into 2021, and while mitigated, the coronavirus precautions are still in place. Somewhere in VivoCity, Paragon or Suntec, a man enters one of the shops and selects his purchases. In Singapore’s ‘new normal’, cash and other forms of contact payments are eschewed. Thus, the man utilises contactless payment, by extending his wrist, adorned by a Philippe Patek wristwatch, near to the payment reader. The result is a confirmation beep. The transaction is completed, and the man is good to go with his items, after declining a printed receipt as it will be sent to his email.

What was interesting about the man’s watch was that it was not an Apple Watch, Garmin or Samsung; rather a classical timepiece, and although we use Patek Philippe as an example, it could be anything.

Horophiles would be intrigued. How is this possible? A classical timepiece, in all its metal faraday caged glory, able to perform a wireless payment function? This was not possible before, but with the development of STISS (Swiss Technology Inside Smart Sapphire) this is now a reality, allowing classical timepieces to be used as a payment device. It could be said that the analog has now been digitalised.

STISS was developed by WinWatch with their technology partners. What it is in essence is the integration of a payment chip into the sapphire glass used for the watch face. This payment chip enables transactions to be made on any payment device displaying the contactless symbol.

As mentioned, the watch glass itself is made of sapphire, but we wonder if mineral glass and acrylic will pose a problem. According to WinWatch, sapphire crystal was selected as it is the second hardest material after diamond, is scratch resistant, and also not as expensive. The chip itself is sealed inside the glass, hidden under a ‘notch’ displaying the WiFi symbol. The antenna is hidden within the silver coating around the ring and the chamfer. Together, these work to turn the watch into a functional smartwatch with a classic appearance.

So far, this technology is functional in Switzerland, the United Kingdom, and other

European countries, through Mastercard and various banks in those countries. Its implementation in Singapore will probably be done through the traditional contactless payment methods.

Horophiles will recall that there are watches out there that incorporate contactless payment technology into the watch’s strap, like certain models from Montblanc and Swatch. The drawback here is that the strap is the part with the functionality, and the trade as a whole has abandoned this approach. Those more technically inclined would realise that the placement of the high-tech module on the strap was necessitated because prior to STISS, the integration of RFID or NFC chips into a classical timepiece was not possible. The reason was that the watch case acts as a Faraday Cage.

For those not so technically inclined, what this basically means is that the metal watch case cancels out electric charges or radiation inside the watch. Both RFID (Radio Frequency Identification) and NFC (Near-Field Communications) utilise wireless technology to communicate with other devices. A Faraday cage would disrupt that. STISS has worked around that issue by patenting 12 unique technologies, developed with their technology partners, that allow RFID and NFC to work within a metal timepiece.

What these patented technologies are is not revealed, as yet, but suffice it to say they work to circumvent the Faraday cage effects. Presumably, these also somehow mitigate the chance that the escapement might become magnetised by electromagnetic fields. The Faraday cage feature offers some protection for movements, normally. In the example of Patek Philippe and various other brands, fully anti-magnetic escapements already take care of this issue. Notably, many Swatch Group brands feature antimagnetic escapements, and the Group is specialised in micromechanics too, besides watchmaking.

As mentioned, the chip uses RFID or NFC (this seems to be the popular choice now), thus no WiFi, BlueTooth, 3G or LTE is involved. NFC is the newer technology, as is defined by NearForum as “a contact-less communication technology based on a radio frequency (RF) field using a base frequency of 13.56 MHz. NFC technology is perfectly designed to exchange data between two devices through a simple touch gesture”. In simpler parlance, the NFC chip embedded in the STISS glass can interact with another device in close proximity (usually 4cm or less). It is safe to use, as the 4cm requirement makes hijacking rather difficult.

The NFC chip is basically a mini-computer, a mere few square millimeters in size. This little marvel will initiate and control all communication between the customer and the financial institute, through the antenna in the watch’s ring. In a mere fraction of a second (specifically, 200 milliseconds) the chip will authenticate the watch, encrypt the necessary data, and send it to the bank for verification. Then, it is up to the bank to confirm the payment, which might take a bit longer, but that is no fault of the chip.

Locals should be familiar with this concept, what with the EZ-Link card, NETS, and now direct contactless payments via all manner of providers, having been with us for some time. Paying with one’s watch would be a similar user experience, and is already a feature of smartwatches, as more and more of us have experienced this year, probably. An NFC-enabled watch would only need to be placed near the reader, to start the transaction. Here is where the crucial difference lies; EZ-Link is a stored-value card, meaning the functionality is limited to a specific set of transactions (payment, top-up, identification, etc.). However, the RFID or NFC chip in STISS technology enables a much wider range of transactions to take place, as both devices are able to send and receive information. This is how mobile phones and smartwatches manage it, as you no doubt have experienced.

While contactless payments might seem to be just a single function, its usage has increased significantly since the COVID-19 pandemic hit. More people worldwide are paying this way, as it is faster and more hygienic – we certainly appreciate both in Singapore. Mastercard reports a 40% increase in contactless payments worldwide in the first quarter of this year, and it has remained on a steady climb since. Singaporeans can expect that contactless payments will be the way forward, even with the virus in our rearview mirrors.

As STISS-enabled watches utilise this chip, it also means that there is no cost factor involved in its usage and no need to charge the watch. That would seem a little strange, anyhow, a beautiful timepiece with movement, hooked up to a charger. Luckily, this strange sight would not be necessary, and should alleviate any concerns about gadgetry getting in the way of traditional watches. It should be noted that people will be concerned about hardware updates here, and that remains valid as traditional watches have lifespans that exceed our own – brands are even offering 70-year warranties, in the prominent example of Panerai. Doubtless, such warranties would not cover electronics of any kind.

Nevertheless, STISS offers the evergreen mechanical watch a way to be contemporary without giving anything up. Modern smartwatches are all the rage and the functionality is proving to be a popular draw, but horophiles are too well aware of how quickly digital wearables get outdated. The range currently on WinWatch’s website is all quartz and offers more options than the classic mechanical watch. But in the tech race, that could be a drawback, as this year’s model will always outshine last year’s model in terms of functions. However, a classic timepiece will always be a classic. The ball is clearly in play with the big boys of Swiss watchmaking now, with the media starting to hone in on how this will work out. This story is obviously an example, but it was inspired by an article in the New York Times by noted watch journalist Simon de Burton earlier this year. Time will tell if this is a Beta-Quartz moment…

Investigating a promising contemporary technology for traditional watchmaking also demands that we look into other such matters, including whatever is already in play. Here we look at two such initiatives, but deliberately exclude new sustainable technologies that might be making their way into your watches as early as next year. Sustainability is its own topic that requires special attention.

Speaking of technology that is available now, if you own a Vacheron Constantin timepiece, it will interest you to know that its entire range of watches are now certified by forgery-proof Blockchain means. In 2019, the brand announced a pilot project that would see just one collection accompanied by a digital certificate of authenticity. Now, this will be implemented for every Vacheron Constantin wristwatch. Effectively, this means a watch will always have papers, no matter how many owners it might have; it could even have a record of all owners. For now, Vacheron Contantin says its collectors will be able to register and authenticate their watches via the brand’s own platform, the Hour Club.

Given that Vacheron Constantin is a Richemont brand, all sister brands will likely offer the same service. The technology partner in this case is Arianee, whose protocol is aimed at providing secure authentication for luxury brands. Arianee is a Swiss non-profit outfit.

Another development, in the same area, is the Origyn initiative, which also aims squarely at the problem of fake luxury watches. Like Arianee, it is also a Swiss not-for-profit organisation, but the approach here is different. Origyn proposes to allow anyone to snap a picture of a watch and use the Origyn application to authenticate it. Cofounder Vincent Perriard calls it the Shazam of watches, and that is the aim; Shazam is an app that identifies music by listening to snippets. We know Perriard from his days in the trade with HYT, among others, and he is definitely the reputable sort. It is early days yet for Origyn, which targets 2021 for launch with the general public. We will certainly be tracking the progress here at WOW. 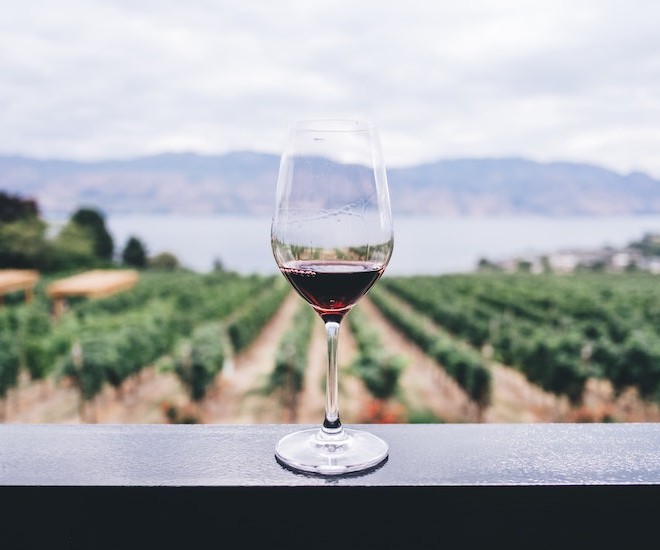