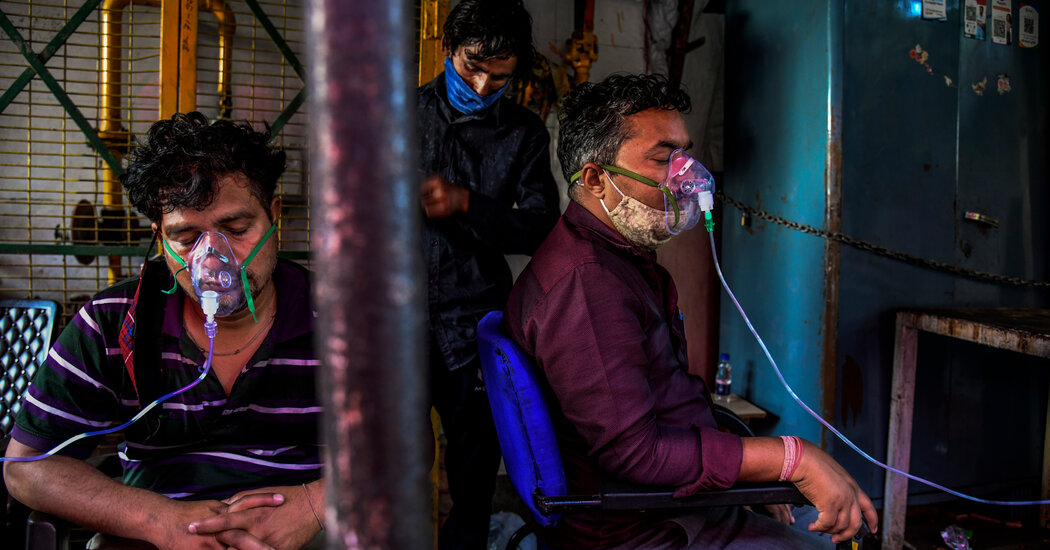 Senior Biden administration officials, asked by a reporter on Monday whether they had a “moral obligation” to ease the patent restrictions, said they had no new information to share. But Jen Psaki, the White House press secretary, defended the president’s response.

“The United States has been one of the largest providers of assistance to address the Covid pandemic around the world, including to India, and we have obviously taken some significant steps over the last couple of days to address their immediate needs,” Ms. Psaki said.

The situation in India is especially dire. The country is experiencing what may be the worst crisis any nation has seen since the pandemic began. Hospitals are overflowing, and desperate patients are dying as they wait to see doctors. On Monday, India broke the world record for daily coronavirus infections for a fifth consecutive day, reporting nearly 353,000 new cases. And it added 2,812 deaths to its overall toll of more than 195,000, which experts say is likely to be a vast undercount.

“The crisis in India is a humanitarian disaster unfolding before our eyes,” said Tom Hart, the acting chief executive of the ONE campaign, a nonprofit dedicated to eradicating world poverty. Based on an analysis of contracts signed by Mr. Biden’s most recent predecessor, the group estimates that the federal government has secured 550 million more doses than it needs to cover every American.

With worrisome variants spreading in the United States and around the world, public health experts say vaccinating people overseas is not only a moral imperative, but it is essential to protecting Americans. J. Stephen Morrison, the director of the Global Health Policy Center at the Center for Strategic and International Studies, said Mr. Biden needed to offer a more sweeping vision of how the United States can help the world.

“We are approaching these colossal, complex problems in an ad hoc, reactive, short-term manner,” Mr. Morrison said. He called the announcement on Monday a “further incremental step by the Biden administration toward fuller engagement internationally to address the dire vaccine gap.”

On a conference call with reporters on Monday, senior Biden administration officials said that in addition to the money pledged to the international vaccine initiative, known as Covax, the administration intended to spend $11.5 billion, appropriated by Congress as part of the $1.9 trillion stimulus package, on helping other countries fight the pandemic and administer vaccines.