The Future of Tokenisation in Real Estate 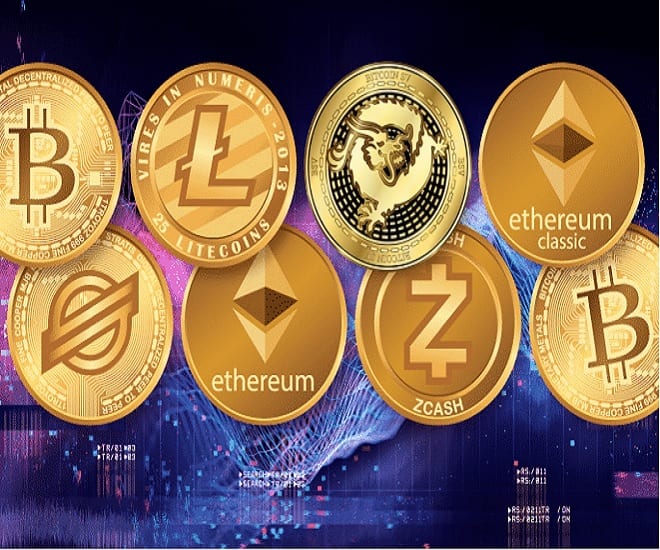 The Future of Tokenisation in Real Estate

Not only does blockchain also facilitates greater access, but it also creates greater transparency and this bodes well with the real estate sector in the hope of attracting local investors.

An analogy that looks into the future of money — tokenisation. How can this method stop corruption? How will it serve the real estate business in the decades ahead? An expert takes a look at this subject.

The beads of sweat gathered around Yaacob’s brow as he waited for the clerk seated behind his desk in the stifling un-airconditioned heat of the land registry to attend to him. A rice farmer in a mostly agrarian corner of Asia, Yaacob had few, if any reason, to ever visit the local land registry, but tragedy had forced him there on this particularly humid and oppressive morning.

“What did you say your name was again?” the clerk asked, without even so much as looking up.”

“Ibrahim, Yaacob, son of Duta Ibrahim who has passed.”

The clerk continued to rifle through the voluminous blue and pink manila folders bound with pink twine in search of Ibrahim’s title deed.

“Ah yes, here it is. Ibrahim,” the clerk beamed as if he had just discovered a rare treasure, pausing for a pregnant moment for the praise and gratefulness from Yaacob that never arrived. Undeterred, the clerk unbound the manila folder’s pink twine and flipped through the ledger in search of Yaacob’s title deed.

“Right, it says here that in 2019, your father pledged your family land as surety for a loan to a certain Idris Ahmed and that the charge on the land hasn’t been discharged.”

“This loan,” the clerk stabbed a pudgy finger on the document, and true enough, according to the land registry, the land which Yaacob’s father had left for his family had indeed been pledged as security for a loan. The only issue was that not only had Yaacob’s father never taken a loan from an Idris Ahmed, that individual who lived on the other side of the country and the Ibrahim family had never even known him. Like so many other barely literate subsistence farmers, Yaacob had been defrauded by corrupt officials at the land registry. And cases like Yaacob’s are far from uncommon throughout the developing world.

From Africa to South America, Central to Southeast Asia, corrupt officials have been known to alter land registries, selling off the land rights of impoverished and often illiterate landowners, to other individuals, companies, and sometimes even themselves.

It’s estimated by the World Bank that as much as 90 per cent of rural land in Africa is not formally documented and just 4 per cent of African countries have mapped and titled the private land in their capital cities.

Even when governments do seek to recognise property rights, they may find them mired in a mass of competing and overlapping claims, coloured by custom and vested interests, making for long-drawn-out adjudication, while the real estate itself lays fallow.

But it doesn’t have to be that way.

The Rise of Tokenisation

Blockchain technology is making it possible for the tokenisation of real estate assets, ensuring secure property rights in parts of the world where they would otherwise not exist, and creating opportunities for investors in others.

Quite simply, property rights like title deeds can be uploaded to decentralised, immutable ledgers that are maintained by governments, allowing transparency in inspecting these title deeds and ensuring that any transfers and transactions are recorded on the blockchain, granting security and certainty of title.

But more than just transparency and security, tokenising real estate assets allows for securitisation of an otherwise illiquid asset in a manner that has hitherto been impossible.

Because real estate investments typically require a large commitment of capital, tokenising real estate assets, where each asset-backed token represents a fractionalised legal and beneficial interest in the underlying real estate, allows access to more investors and unlocks liquidity for investors who want to cash out.

While REITs no doubt serve their purpose, the requirement for trusted intermediaries such as custodians and a trustee, means that they are costly to launch and complex to manage.

Yet with blockchain technology, it is possible for a title deed, with any encumbrances, for instance, liens, charges, or mortgages, to be uploaded onto the blockchain which is immutable and can be inspected by anyone, and then issuing tokens to represent a fractional interest in the title.

One of the key technologies that can be applied to real estate is the ERC721 standard, better known as NFTs or non-fungible tokens on the Ethereum blockchain. NFTs are essentially unique tokens on the blockchain, which enable frictionless, secure trading of unique digitalised assets, of which fractionalised interests in real estate could be one.

Instead of relying on exchanges or land registries to determine if a real estate asset, fractional or otherwise, is transferrable, the blockchain becomes the final arbiter of such transfers, making it safer and more transparent than the conventional ledgers used over centuries, which are susceptible to tampering and fraud.

Because an overseas investor may balk at the risk and complexity of buying over an entire property but investing a small token (no pun intended) sum to take a punt on some foreign real estate is far less daunting. But using blockchain to fuel the evolution of real estate investment is not without its challenges.

Although most developed countries have already digitalised their land and title registries, they must be persuaded to put such registries on the blockchain, which can be publicly inspected, but also deprive real estate owners who are looking to keep their own records private.

And while a blockchain-based ledger system may be a good start for digitalising title deeds in the developing world, skipping over centralised databases the way that Africa skipped over copper land lines and moved straight to mobile, it also requires that citizens of these countries adhere and give credence to the blockchain ledger for real estate rights. Finally, a developed court system that is willing to recognise blockchain-based real estate rights and understands the immutability of such technology is also required, to help smoothen out the disputes that will almost inevitably arise from dealings with real estate.

But that’s not to say that the costs outweigh the benefits.

A World Bank study in 2017 found that only 30 per cent of the world’s population has legally registered title to real estate. Without such security, those in the developing world will struggle to borrow money to invest in a business against the equity of their real estate, and to lift themselves out of the poverty cycle.

For real estate investors and developers, tokenisation and the use of smart contracts which facilitate the automated payment of rental proceeds and other income derived from real estate assets, could unlock an entirely underserved investor base and create fresh opportunities.

In a recent Forbes report, Jonathan Larsen of Ping An (Chief Innovation Officer of Ping An Group and Head of the Ping An Global Voyager Fund) said, “Tokenisation is a really massive trend… a much bigger story that cryptocurrencies, initial coin offerings (ICOs), and even blockchain.” Furthermore, Jay Clayton, the chairman of the U.S. Securities and Exchange Commission (SEC), also chimed in, saying the same thing, “In time, everything will be tokenised.”

Novum Alpha is the quantitative digital asset trading arm of the Novum Group, a vertically integrated group of blockchain development and digital asset companies. For more information about Novum Alpha and its products, please go to https://novumalpha.com/ or email: ask@novum.global