Chemicals at Splashtown Water Park in Texas Sends 26 to Hospital 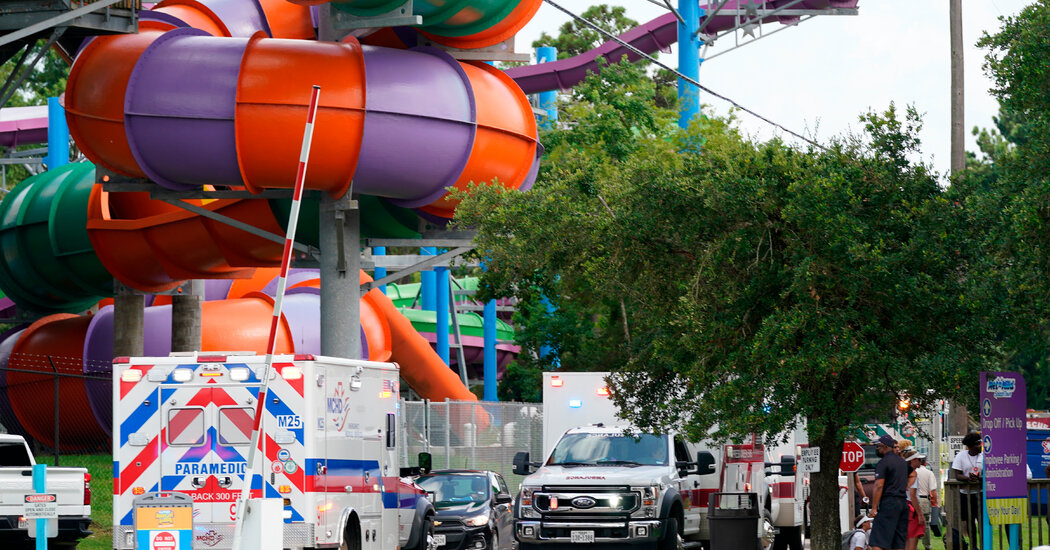 Chemicals at Splashtown Water Park in Texas Sends 26 to Hospital

Twenty-six people were hospitalized with breathing problems or skin irritation after they were exposed to bleach and sulfuric acid on Saturday afternoon at Six Flags Hurricane Harbor Splashtown, a water park in Spring, Texas, the authorities said.

One person was in critical condition on Saturday evening, said Rachel Neutzler, a spokeswoman for the Harris County Fire Marshal’s Office.

The authorities evacuated the park at about 3:30 p.m. local time.

Ms. Neutzler said investigators did not believe the exposure to the chemicals, which are used to maintain pH balance, had been the result of an intentional act. She said it had occurred in a shallow pool intended for children.

Scott Seifert, chief of the Spring Fire Department, said that the authorities had decontaminated more than 60 people by having them massage their eyes and wash off under the hose of a ladder truck.