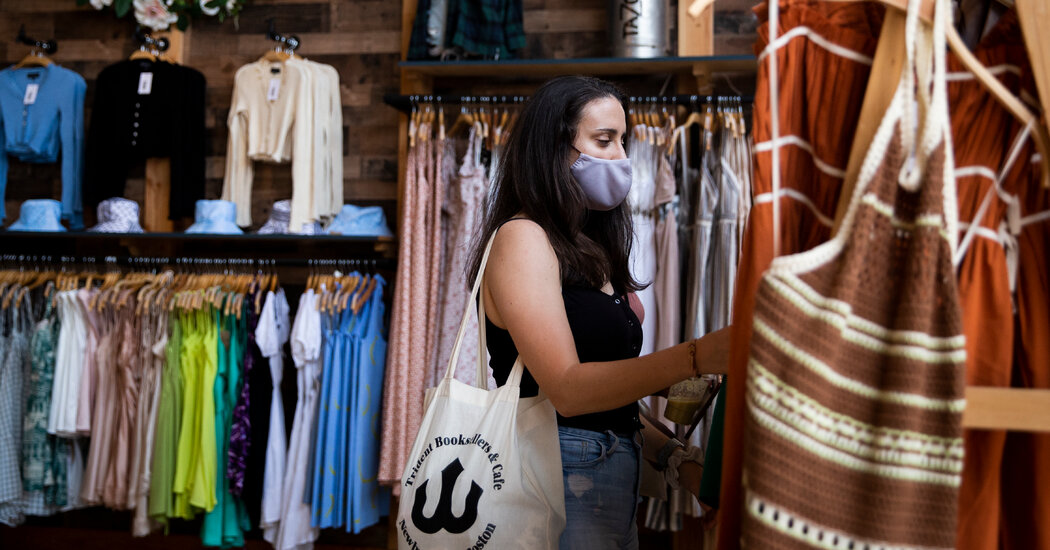 SANTA MONICA, Calif. — As the sun began to burn through the morning marine layer, patrons of the Third Street Promenade in Santa Monica, Calif., were still adjusting to the new normal, which was pretty much the old normal — an order from Los Angeles County to wear masks indoors in businesses and public places.

Most customers dutifully took their masks on and off at the entrance of shops, where signs were posted to remind them of the policy and where, in some cases, complimentary masks were offered. Out-of-state tourists found themselves wearing masks for the first time in months, sometimes annoyed but largely compliant, and one restaurant employee who forgot about the mandate was able to secure a mask by running across the street and asking employees at the Starbucks if they had extras.

“Some people think it’s a punishment,” said Lisa Liu, 38, who said she was fully vaccinated. She was shopping on Sunday and was interviewed outside a clothing store called Tazga. “But for me it’s a mask — it’s not a big deal.”

It was not what people expected when the previous mandate was lifted a month ago, but for the most part people in Los Angeles seemed to react with resigned acceptance, sometimes even weary approval, figuring that rising Covid-19 rates made the policy tolerable, if not welcome.