In Washington, Two Shootings Leave a Community on Edge 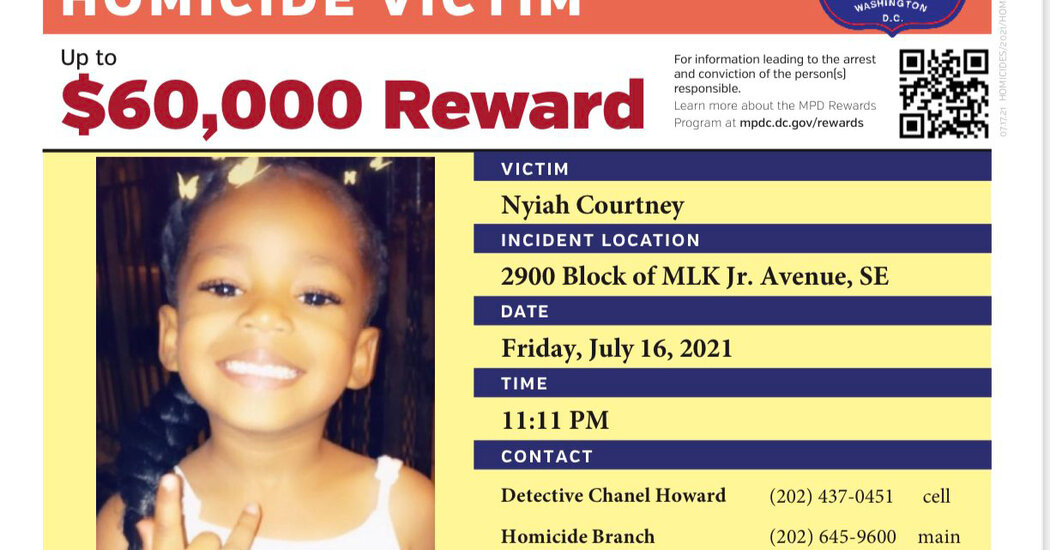 In Washington, Two Shootings Leave a Community on Edge

In her short life, Nyiah Courtney, 6, played a lot of roles using her imagination. She was a doctor, a teacher and a babysitter. She went on safaris and rescued animals. She once washed her teacher’s hair in a play sink, cut it and styled it.

On Friday, Nyiah was fatally shot in a late-night shooting in southeast Washington, D.C., that also left five adults, including her mother, wounded. She had been riding her scooter on a sidewalk when shots rang out.

“It’s hard to imagine a world without her,” said Dayna Hudson, who taught the girl in prekindergarten and kindergarten.

As of Friday, 102 people, including Nyiah, had been the victims of homicide in Washington thus far in 2021, according to data from the Metropolitan Police Department. The death toll was 198 in all of 2020, when homicides increased 19 percent over 2019.