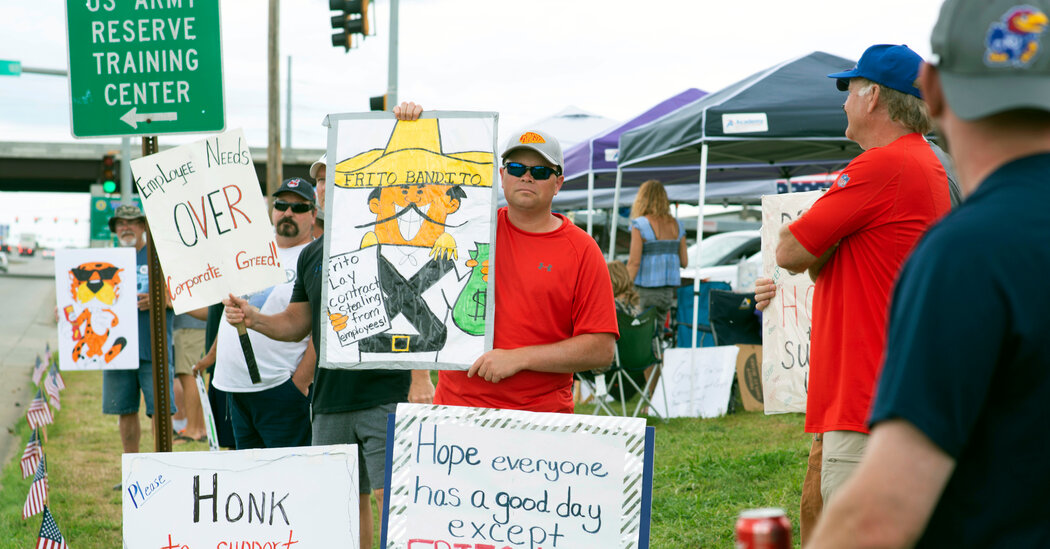 The company said it believed its approach to resolving the strike “demonstrates how we listen to our employees, and when concerns are raised, they are taken seriously and addressed.”

Mr. Klemme said he would have liked to have seen better wage increases for the employees. Some departments had not had an increase in hourly pay of more than 20 to 40 cents in the past six to eight years, he said.

“I think it could have been better, but I think the time off for people is worth it,” Mr. Klemme said.

One warehouse worker who has been at the plant for roughly two decades said there was “more disappointment than happiness” with the contract. The man, who spoke on the condition of anonymity, fearful of retaliation from the company, said that many workers who crossed the picket line or voted to approve the contract did so out of need.

“A lot of people had to vote yes because they were running out of money and didn’t have insurance,” he said.

The food and beverage giant, which is home to Pepsi, Mountain Dew and Doritos, said this month that its net revenue in the quarter surged by 20.5 percent, to $19.2 billion, from a year earlier.

Mr. Shelton said that more than 600 union members had picketed and marched over the past 20 days.

The workers at the Topeka plant “have shown the world that union working people can stand up against the largest food companies in the world and claim victory for themselves, their families and their communities,” he said.